Trip Through the Google Zoo 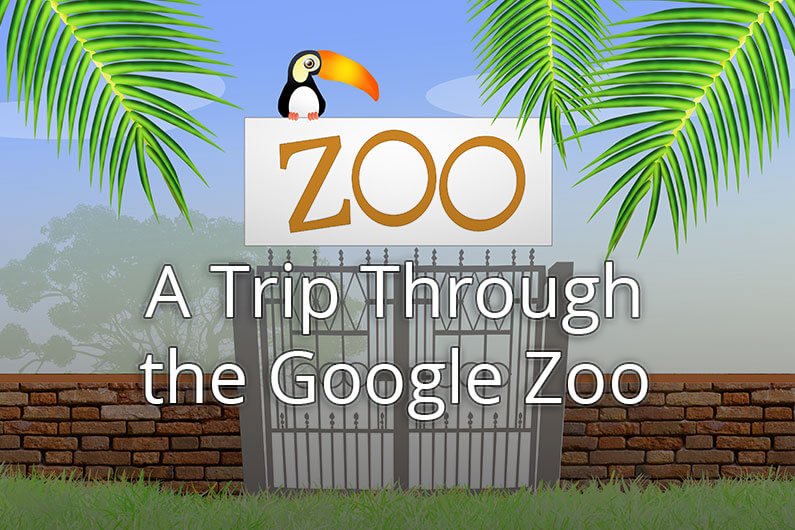 Since 2011, Google has introduced a wide variety of updates named after particular animals to either penalize low-quality sites or introduce new algorithm updates to keep up with the ever-changing technologies and needs of users.

I’m sure you’ve heard buzzwords like Panda, Penguin, and Hummingbird uttered if you follow SEO news, but the amount of changes can easily be confusing. This blog post is here to set the record straight on each algorithm update, what it is, when it was implemented, and what was targeted, and how to proceed in the future.

Before there was a zoological theme for updates, Google had several names for updates going back to 2003, but none of them had the same thematic concepts as the updates described later. You can visit Moz’s History of Google Algorithm Changes and Wikipedia’s Timeline of Google Search to learn about the history of Google’s changes. 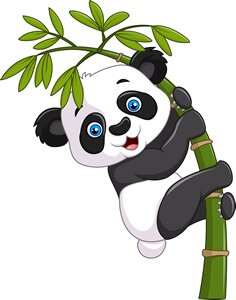 Panda was Google’s first algorithm update that focused on reducing the amount of spam and thin/low-quality content that had infiltrated Google’s search results. The update was introduced in February 2011 and went global in April 2011 and affected about 12% of all search result.

The update was named after Navneet Panda, the developer of the technology used in the update. Some have also chosen to use the black and white colorization of a panda can be a metaphor for the juxtaposition of black and white hat techniques.

Prior to the update, websites with large amounts of advertising, scrapped content, and poorly written content dominated search results. Link and article directories were abusing Google’s goal of ranking websites based on content and links by freely allowing users to publish content.

Websites were also scraping content by publishing content found RSS feeds from legitimate websites and littered those websites with AdSense advertising. These scrapper sites were finding success in search results. 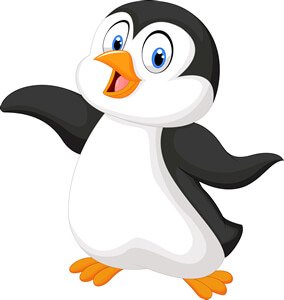 Announced in April 2012, Penguin focused on decreasing the amount of websites that utilized poor linking schemes and other black hat SEO tactics that directly violated Google’s Webmaster Guidelines. Penguin was the internal codename for this algorithm data refresh and has retained that name the moment Google’s Matt Cutts announced the update on Twitter 1 hour after it when live. Like Panda, the black/white juxtaposition can be insinuated again.

Private blog networks, low-quality link directories, unapologetic paid links, and many link schemes were targeted and penalized by Google either automatically or manually.

To aid website administrators and SEO professionals who wanted to return to Google’s good graces, Google introduced the Disavow Tool in October 2012, and were also encouraged to remove toxic links. This tool allows administrators to upload a text file containing links or domains that requests Google to disavow, and then request a penalty reconsideration request.

Unlike Panda, which now has continuous and individualized updates, Penguin is manually updated sporadically. 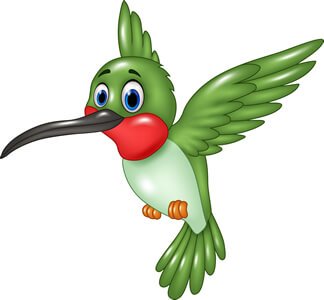 Unlike Panda and Penguin, which were quality updates, Hummingbird is an improvement on the semantics, context, and intent of a search. Instead of focusing on a unique keyword or phrase, Hummingbird delivers results that focus on the relationship between the user, the page’s thematic content, and improving the interaction between the user and search results.

This update was first implemented in August 2013 and announced the month after. The name was derived by Google because the update was meant to help the search engine be more “precise and fast”.

Hummingbird utilizes natural language processing to deliver results that were more focused on an idea or intent of the user and not targeted keywords; making the experience between the user and Google a more human interaction. 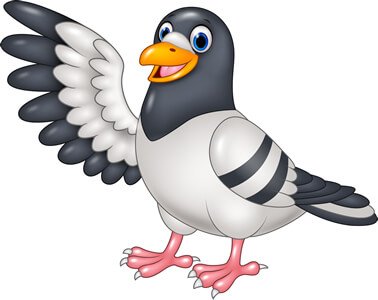 The update was first released in July 2014 and was named “Pigeon” by Search Engine Land the day after because the update focused on local and that “pigeons tend to fly back home.”

Pigeon focuses on hyperlocalization by considering the location and distance of the user, delivering results of businesses closer to the user’s geolocation. This update forced SEO professionals to focus on Local SEO for local businesses.

The update meant that businesses need to be sure their NAP (name, address, phone) were consistent across all local listing sites and directories such as Google My Business, Yelp, Foursquare, Bing and many, many others. 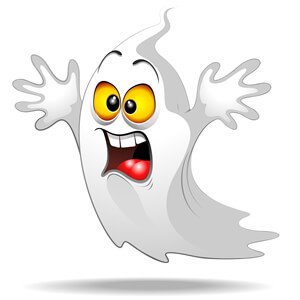 Phantoms, unlike Penguins, Pandas, Hummingbirds, and Pigeons, are not real, but I’m admitting these anthropomorphized entities into the Google Zoo. Crypto-Googlezoology anyone?

What is real are the handful of updates that first occurred in 2013 (according to Search Engine Land) and returned twice in 2015 have been considered Phantom updates.

What makes these updates phantom-like is that Google has not publicly announced any particular initiatives behind these major updates, although Google did confirm a Phantom update in May 2015 as a generic quality update.

The most recent update was around November 19th, 2015, which is currently being called Phantom 3, and it too has been unconfirmed by Google.

Have I Been Affected by the Zoo?

Other than obvious changes to your traffic and rankings before, during, and after an update, you can use this nifty tool called Panguin Tool from Barracuda-Digital to compare your organic Google Analytics traffic and how your traffic has been affected by these algorithm updates.

As an example, I’ve included a screenshot of one of our own Tampa SEO clients between January 1, 2010 through December 30, 2012.

As you can see, this client began to enjoy a slight bump in traffic around February 2011, which right around when Google announced that the Panda update was implemented. You can attempt to make all sorts of inferences when using this tool, but also need to factor in other changes to the website or its internet presence as well.

When you use the tool, you’ll be able to hover each timeline and learn exactly what update was made, which animal it belongs too, and a link to the source of the announcement or information about the update.

Exit Through the Gift Shop (AKA the Conclusion)

The above descriptions of changes do not cover all the updates that Google has performed over the years, including the recent Mobilegeddon in 2015 or Caffeine in 2010, which made all content searchable seconds after being indexed. Furthermore, there’s also the importance of Knowledge Graph which was introduced in 2012, and future changes such as the Knowledge Vault and the more recent RankBrain, which focus on facts and machine learning.

If you’ve read up on each of the animals that Google has introduced into their algorithm, you’ll come away with one conclusion: develop websites that have quality content, focus on the user’s intent, and reject manipulative practices.

It’s really that simple and not that simple all at once. Building a great website that helps users find the products, services, or information they are looking for requires hard work and expertise that is both technical and creative. These updates have shown that Google wants the web to be of the highest quality and user-centric. Are these also your business and/or website’s goals the same? It should be. 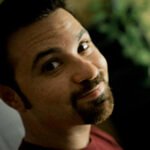 Aaron Weiss has been working with the Tampa SEO Training Academy since Summer 2012 helping clients find success online. When not giving belly rubs to his Australian Shepherd named Zappa, he’s developing CinemaFunk.com as a sanctuary to write movie reviews and film criticism.