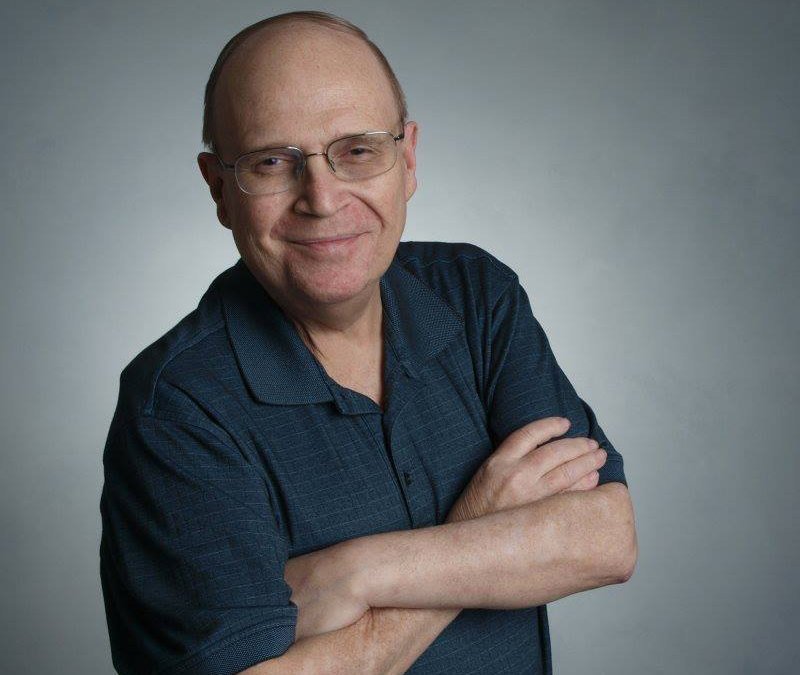 For those of you who knew John or Marlene, or who were blessed by what John did in his life, here’s your chance to honor his memory in a practical way that will, in turn, be a blessing. Please consider this prayerfully.
https://www.gofundme.com/john-alexander-family-support

Monday night, the search community lost one of its early pioneers. I first met him in 2002.

The start of the millennium was a turning point in my professional life. I had exited my family’s wholesale distribution business after 25 years, including 11 as its general manager. But I had built my first website in 1997 and found that my inclination was toward technology. I hung out my shingle as a web developer in 2001. I immediately had customers, but I found that they wanted more than a website. Regardless of the type of website, they also wanted their website to be found. Search was the key to website success, I soon learned.

Struck by this realization, I did like so many others, I started researching and learning on my own about this strange thing called Search Engine Optimization or SEO.  Also like so many others, I was overwhelmed and confused by the conflicting information. I stumbled upon articles by a lady named Robin Nobles, and found that they were clear and solid. So I was thrilled to learn that Robin Nobles and her business partner were conducting an in-person SEO workshop. Best of all, it was at the famous Brown Palace Hotel in downtown Denver, not that far from my home in Grand Junction, Colorado. Not so coincidentally, the training company was dubbed “Search Engine Workshops.” 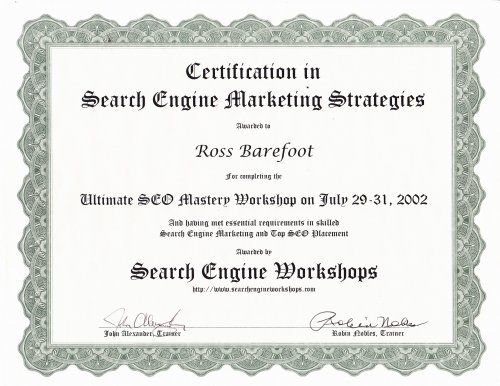 I was thrilled to sign up, and it was there I met the other instructor, John Alexander, for the first time. John started practicing and teaching SEO in 1997, in those days when the only use of the word “google” was by mathematicians and trivia buffs. John always prided himself on teaching results-oriented SEO strategies to Internet consultants, business owners, and Webmasters, eventually training students in over 80 different countries around the world.

In January of 2002, John Alexander along with Robin Nobles officially formed Search Engine Workshops to begin bringing their 2 Day, 3 Day Advanced and 5 Day SEO Training and certification Workshops to locations across the United States. The focus of their workshops was intense, personalized, one-on-one SEO training to demonstrate exactly how to perform search engine optimization (SEO) with minimal stress and maximum practical clarity.

With his patient, methodical manner, John was able to help the students in the class to understand weird and foreign topics such as keyword research (John’s favorite subject, I soon learned), link building, content creation, and so much more. Along with Robin, John did something that started me on a path that led to SEO as a career by providing those things that are still pretty hard to come by in the search business: clarity and confidence. After the workshop I realized that SEO was more than smoke and mirrors, that it had substance and method.

All in all, John’s Search Engine Academy has trained over 4,000 students in SEO, and in a way all of those students can count John as their mentor in search. Many have gone on to remarkable success with the techniques and strategies they learned from John or from one of the trainers who learned from John.

In 2011, I decided to leave web development behind and focus exclusively on SEO, and having done SEO training on my own for my website clients and employees, I wanted to offer SEO training to a broader audience. I decided to give John a call and seek his advice. I had not spoken to John in 7 years, but he remembered me immediately from the workshop I took in 2002, and another that I took from him and Robin in 2004. As always, John was open and encouraging. He explained that the name of the business had changed from SEO Workshops to the Search Engine Academy and soon we were discussing the possibility of my working with him as an SEA associate instructor, which became a reality in early 2012.

John wrestled with health problems in the intervening period, and left active management of the Search Engine Academy in 2015, passing that baton on to myself and my fellow instructors at the SEA. But we remained in touch, and John, a devout man who had a strong connection with the divine, was as ready to offer spiritual encouragement as he was with Internet Marketing advice.

Therefore it was with sadness that I learned today that Monday night, after fighting his illness for many years, John died peacefully at his home in Ontario, Canada, surrounded by his family.

At the Search Engine Academy we will remember John not merely as the founder of the company, but each of the instructors here will count John as one of their earliest mentors in the world of SEO, and a consistent cheerleader in our pursuit of SEO as a profession.

Rest in Peace, John. You will be missed.

For those of you who knew John, expressions of sympathy can be sent to his wife, Marlene, and children at 872 Oaktree Crescent, Newmarket, Ontario, Canada L3X 2Y7.

John’s family has planned a Celebration of Life at Crosslands Church in Newmarket for Friday, September 14th, 2018 at 1pm Eastern Time.